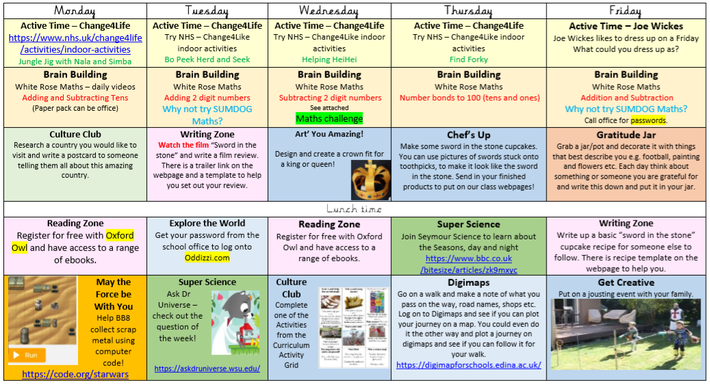 Here are a couple of Maths Challenge for you to try: 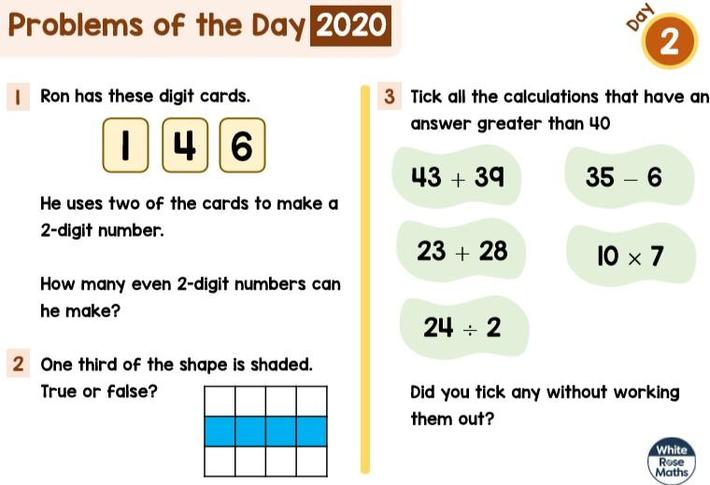 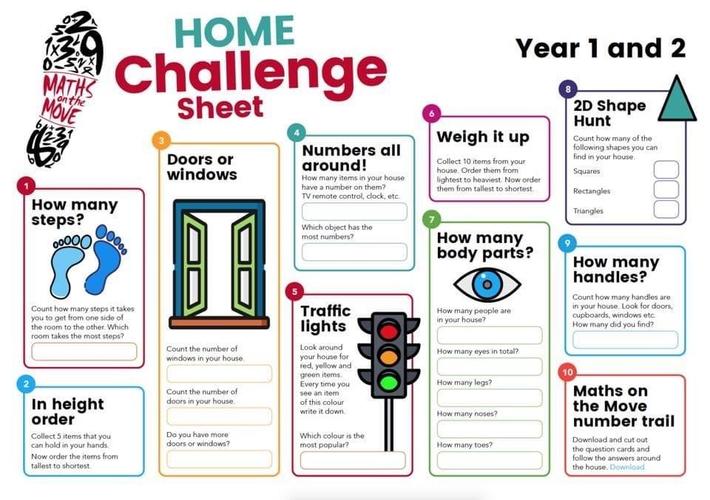 The Sword in the Stone - 1986 Reissue Trailer

Sword in the Stone, The (film) An animated feature, set in the medieval era at a time when the English king dies leaving no heir. In the churchyard of a cath...

Use the template below to help you write your own review about the Sword in the stone.

Using this template to review another film you have watched.

Drawing out some of the characters and writing below the pictures what you thought about them. Could you include some adjectives to describe them?

Gratitude Jar - Grab a jar/pot and decorate it with things that best describe you e.g. football, painting and flowers etc. Each day think about something or someone you are grateful for and write this down and put it in your jar.

Click on the instructions below to make your own Medieval crown

Use the simple chocolate cupcake recipe below to help you make a 'Sword in the stone' cupcake. Draw or print swords which can be cut out and stuck onto toothpicks which can then be placed on your cupcake.